Skip to content
Home >> ABOUT US >> About Hein Jonker 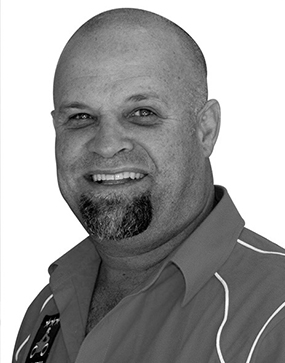 Hein Jonker is a Media Technologist by profession, with well over 20 years of experience in Publishing, Design, Analytics, Website Development, and Media Management. He is also a Professional Photographer for ShutterXposures.

Hein has been riding motorcycles, on and off, for the last 37+ years since the age of 14. It started off in a mining community near Rustenburg, learning from a friend and stupidly riding around without a helmet or gear, exploring in the bush. His first introduction to training was in Rhundu, during his military service in 1987-1988 when certain officers were issued with Honda XL350R motorcycles. That’s where it really started. Since then he has made every effort to stay in touch with learning and developing new skills whenever he had the opportunity and to share what he learned with friends. Officially he only started training other riders in 2004, and then on a more permanent basis when he founded Bike Talk in January 2006.

His training started in the SA Military, years later at BMW On-Road Academy, Honda On-Road Academy, and US Motocop Skills Training. He has also done Off-Road training through Honda Adventure Academy and Country Trax, learned a lot from his own mistakes, and since 2004, done extensive Research & Development on motorcycle safety, motorcycle skill and manipulation for both the Freeway and Urban rider across all motorcycle types and riders.

He has also ridden and tested over 300 different motorcycles since July 2004, something he continues to enjoy to this day.

Hein Jonker has been the Editor of Bike Talk from 2006 – 2019, the Founder and Chief Instructor of the Motorcycle Safety Institute of SA since 2015, a renowned Motorcycle Skills Instructor and an Expert in Motorcycle Manipulation. Over the years Hein has trained well over 4500 riders, in South Africa and from all over the world, coaching them to ride with skill and confidence. More than 1500 Road Captains have been trained and certified since 2005.

He has written and published many Training Manuals (Road Captain Guide, Motorcycle Safety Booklet, and the URC, SRC, and ARC Training Manuals), used in South Africa and abroad to develop skills among motorcycle operators. He has done extensive research and testing on motorcycle safety and skill, with more than 100 skill and safety articles published on the MSI website.

Hein is the Motorcycle Safety Expert for Arrive Alive South Africa and writes frequent articles on Road Safety matters involving Motorcycles. He is an extremely focused individual, committed to the growth and development of people riding and operating motorcycles, no matter skin colour or motorcycle type.

Hein is available for training and presentations on Motorcycle Skills & Safety throughout South Africa:-