A steering damper, steering stabiliser or sprint damper is a damping device designed to inhibit an undesirable, uncontrolled movement or oscillation of a vehicle steering mechanism (a phenomenon known in the motorcycling community as ‘wobble’, or in extreme cases, a ‘tank-slapper’). Modern motorbikes are unlikely to exhibit this behaviour in daily use thanks in part to better dampers and due to their very stiff front ends and other general improvements in design and tyre technology.

Device Usage
Sport bikes have a short wheel base and an aggressive steering geometry to provide the ability to make very quick changes in direction. This has the generally undesirable side-effect of making the bike less stable, more prone to feedback from uneven road surfaces, and more difficult to control. In addition, their light weight and powerful engine can cause frequent wheelies. If the front wheel significantly deviates from the direction of travel when it touches down, it may cause an unwanted wobble. Steering dampers are factory installed on some high-end sport motorcycles and fitted to most contemporary racing bikes to counter these behaviours.

Steering dampers are also mounted to off-road motorcycles such as motocross bikes. A damper helps keep the bike tracking straight over difficult terrain such as ruts, rocks, and sand, and also smooths out jolts through the handlebars at the end of jumps. They also reduce arm fatigue on longer rides by reducing the amount of effort needed to control the handlebars.

Transverse linear steering damper on motorcycles, one end of the damper mechanism is mounted to the steering yoke, the other to the frame. Steering dampers are available in two forms. Linear dampers resemble a telescoping shock absorber and operate in a similar manner. They can be aligned either longitudinally and to one side of the steering, or transversely across the bike. Rotary dampers resemble small boxes and operate via a rotating pivot. They are mounted coaxingly with the steering axis and are typically located on top of the steering head.

For motorcycles with sidecars, especially for solo motorcycles which have had a sidecar installed later and where the front wheel geometry (trail.) has not been adjusted for the particular use with a sidecar, the installation of a steering damper is highly recommended. This prevents low-speed wobble which may occur in the lower speed range of about 20 to 30 km/h. In older motorcycles adjustable friction dampers had been routinely installed.

Hydraulically operated steering dampers may be retrofitted. The installation and operation of a steering damper must be inspected by an expert or examiner and must be entered in the vehicle papers. 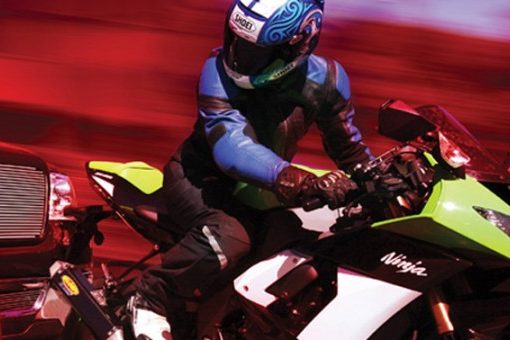 Everyone knows about road rage. It has been featured on TV shows, in movies, and even in video games, but what’s really […] 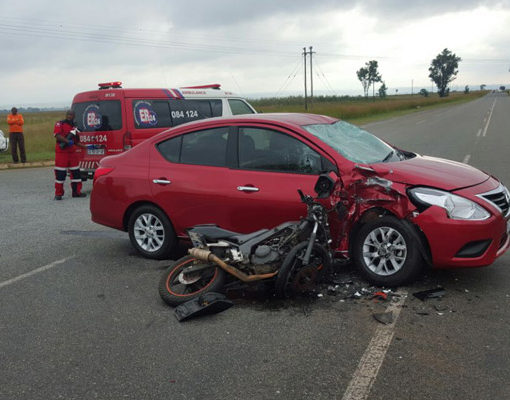 In the majority of crashes, inappropriate speed for the circumstances is a factor. Here are the most common causes of motorcycle crashes […] 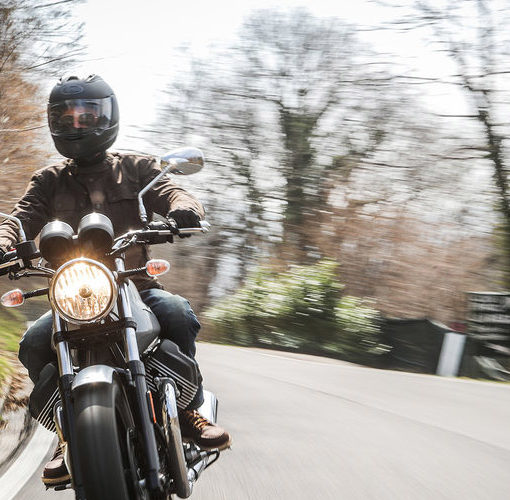 Question 1: Hello, I am a foreign visitor from outside of South Africa and I was wondering if my valid US driver’s […] 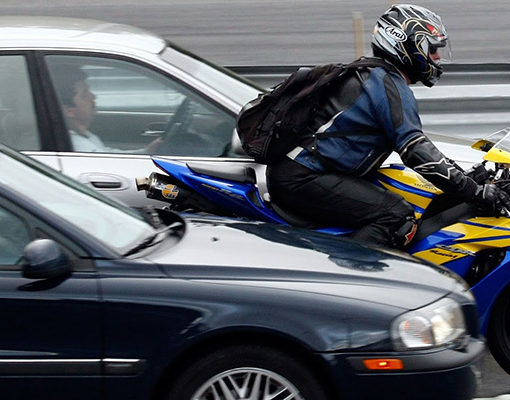 Placing your motorcycle in the correct part of the lane is a key factor in rider safety. You need to position your […]